Gwen Sampé is a jazz singer for whom the art of improvising is an integral and indispensable part of her musical soundscape. Born into a family of singers in Houston, Texas her approach to jazz singing is rooted in the past yet unapologetically modern. She has worked with musicians such as Bobby Few, John Betsch, Dudu Pukwana, Jobic Le Masson, Peter Giron and John Stevens among many others.

Nurtured on John Coltrane and Betty Carter, she brings surprise and daring to her performances, whether it be “standards”  or what she calls “SlamJazz.” Her artistic background is rich and diverse.

Although primarily known as a jazz singer, her artistic experience is rich and diverse. She has performed in and directed jazz inflected mixed arts pieces including a one woman show “From The Fields To The Concert Hall,”  an improvised opera, “L’Inquietude des Funambules,” by Luc Boltanski and “Turnings,” based on the poetry of Wole Soyinka.

Currently she is touring another  one-woman show “Boundaries,” which she premiered in Paris last before performing it in Tuscany and Venice. As well she is creating music for the rarely talked about and little-known Haikus of Richard Wright,

Gwen also uses her improvising chops in collaboration with Iranian dancer/choreographer Mehdi Farajpour. Together they were awarded best performance for the PUF in Croatia in 2016. This collaboration has taken her to Greece, Germany, and most recently South Korea.

Gwen studied dance with Yolande Burke and Bill Louther in London, and with Elsa Wolliaston in Paris. 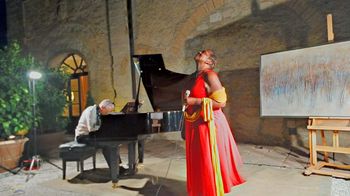 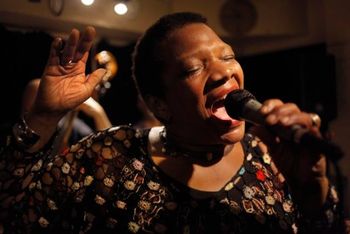 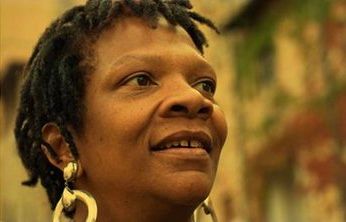 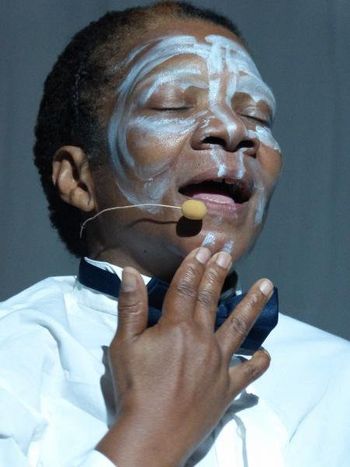 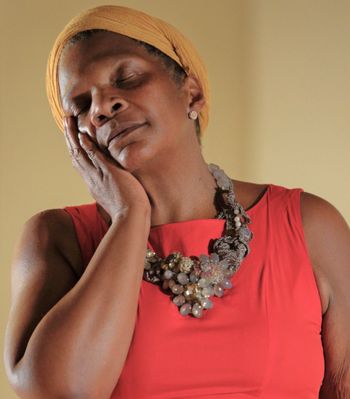 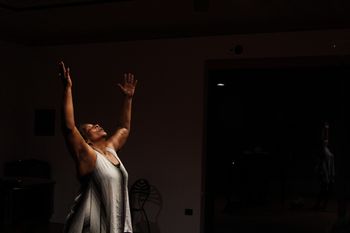 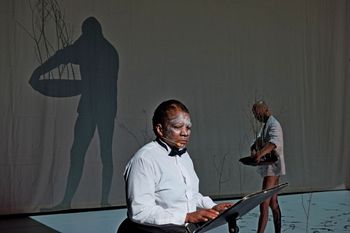 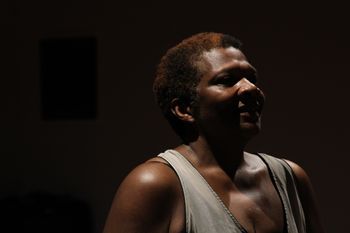 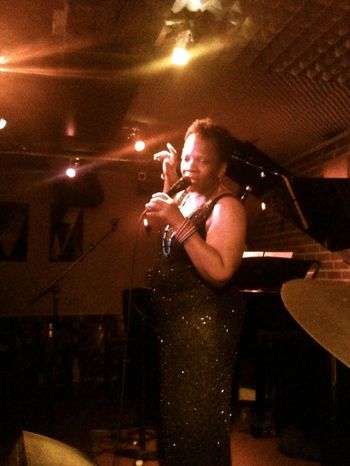 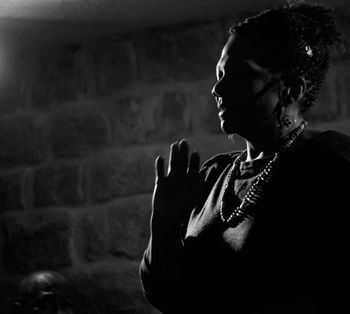 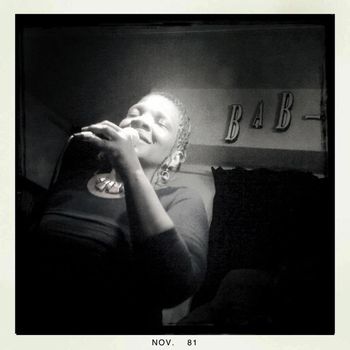 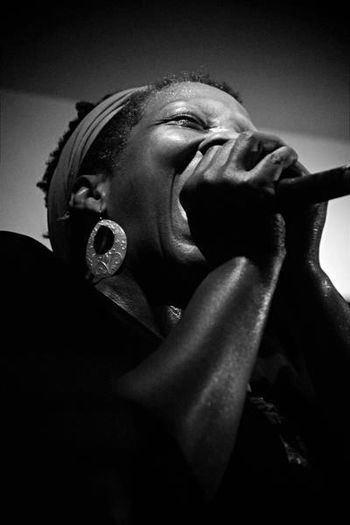 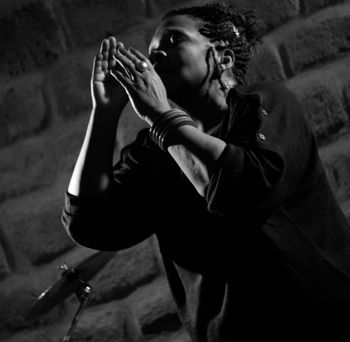 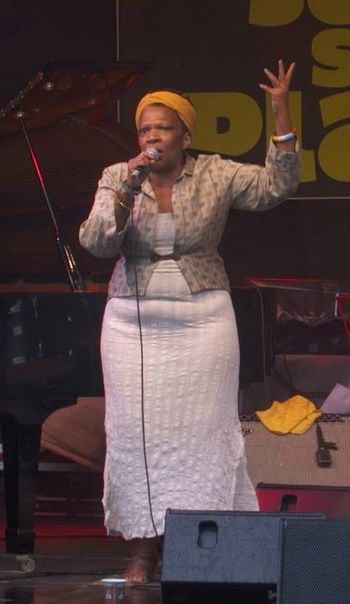 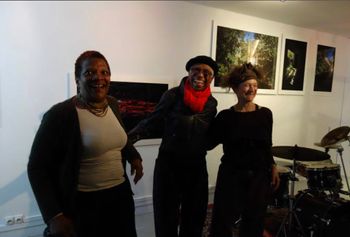 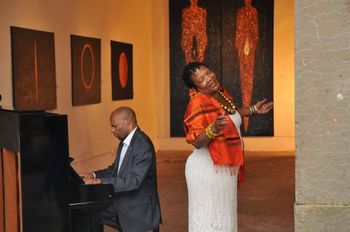 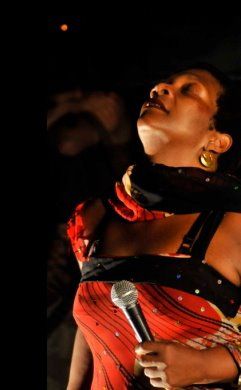 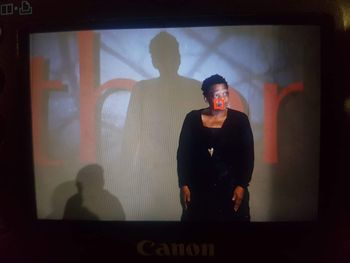 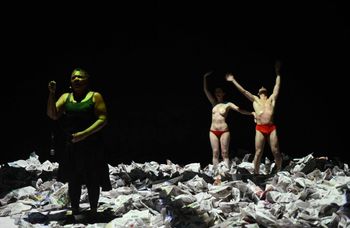 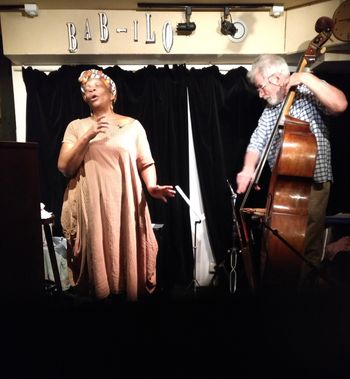 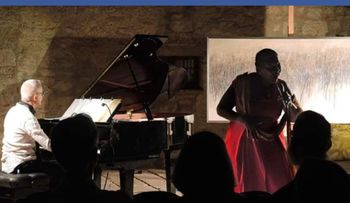 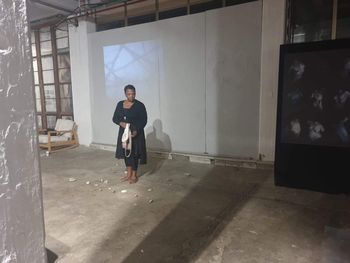 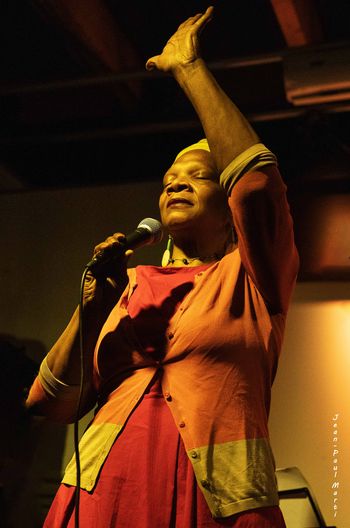 Sampé played with her voice as if it were an instrument which has a range covering a thousand tones of colour and a sheer boundless register.